Cameron is a 4 year old boy from Anstruther in Fife. Just4Children wish to fundraise for the next 3 years to provide Cammy with intensive therapy and life changing spinal surgery. 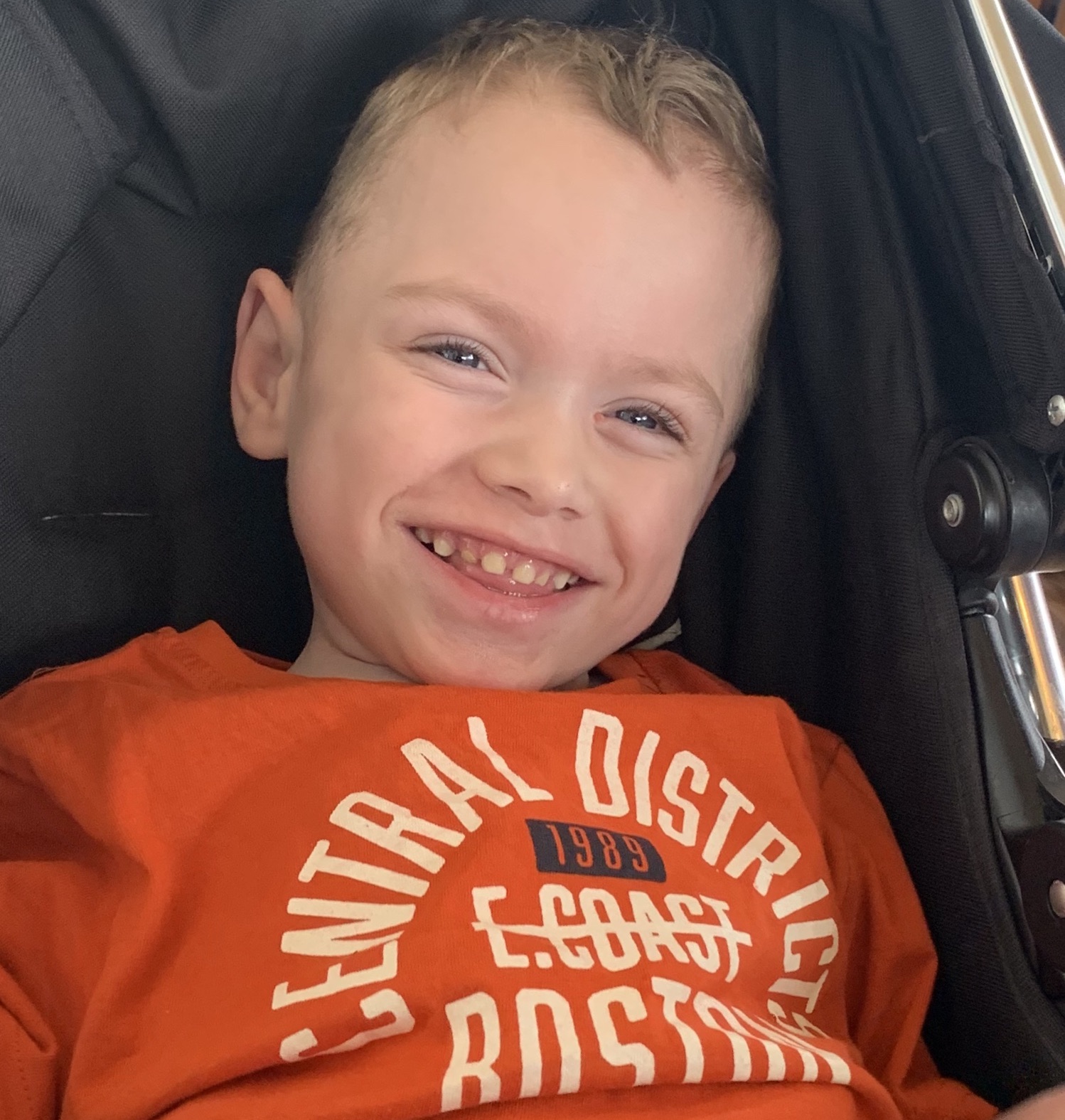 Cameron is a 4 year old boy from Anstruther in Fife. Cammy as he likes to be known was born 15 weeks premature in December 2015. He was tiny weighing in at 1lb 13 oz.

The next few months were every parents’ nightmare. He was on a ventilator for 3 months and there were days and nights when we really thought our little hero wouldn’t survive. He had to endure various operations and procedures and numerous blood transfusions. However miraculously he pulled through and on the 9th of April 2016 after 129 days in hospital we were allowed to take him home.

Over the next few months Cammy made very slow progress and we began to notice that something was wrong. We spoke with his consultant and we were advised that Cameron had quadriplegic cerebral palsy. He has difficulty with muscle control and coordination. He also has spasticity in his limbs which means he can’t do the things that other children take for granted like crawling, standing and walking. Cammy is the bravest, happiest boy you could meet but his spasticity causes tightness, spasms, pain and frustrations and will if not treated lead to deformities in later life.

Just4Children need to raise £100,000 to enable Cammy to have intensive therapy and hopefully life changing Selective Dorsal Rhizotomy (SDR) surgery. Because of the severity of his condition this treatment is not available on the NHS. It is however available at The St Louis Children’s Hospital in the USA. This comes at a considerable cost not only for the surgery itself but also for therapy pre and post op along with specialist equipment that will be required to get the full benefits of the surgery.

As his family we want nothing more than the best quality of life for Cammy. This operation will free him from the daily pain and frustration caused by his spasticity and hopefully would enable him to sit up, crawl and maybe even walk one day. Without this Cammy doesn’t have a chance of doing these things which others take for granted.