Amell is a 3 year old boy from Islington in London with Quadriplegia Hypertonia. Just4Children are helping Amell raise money to have access to specialised equipment that will further his development. 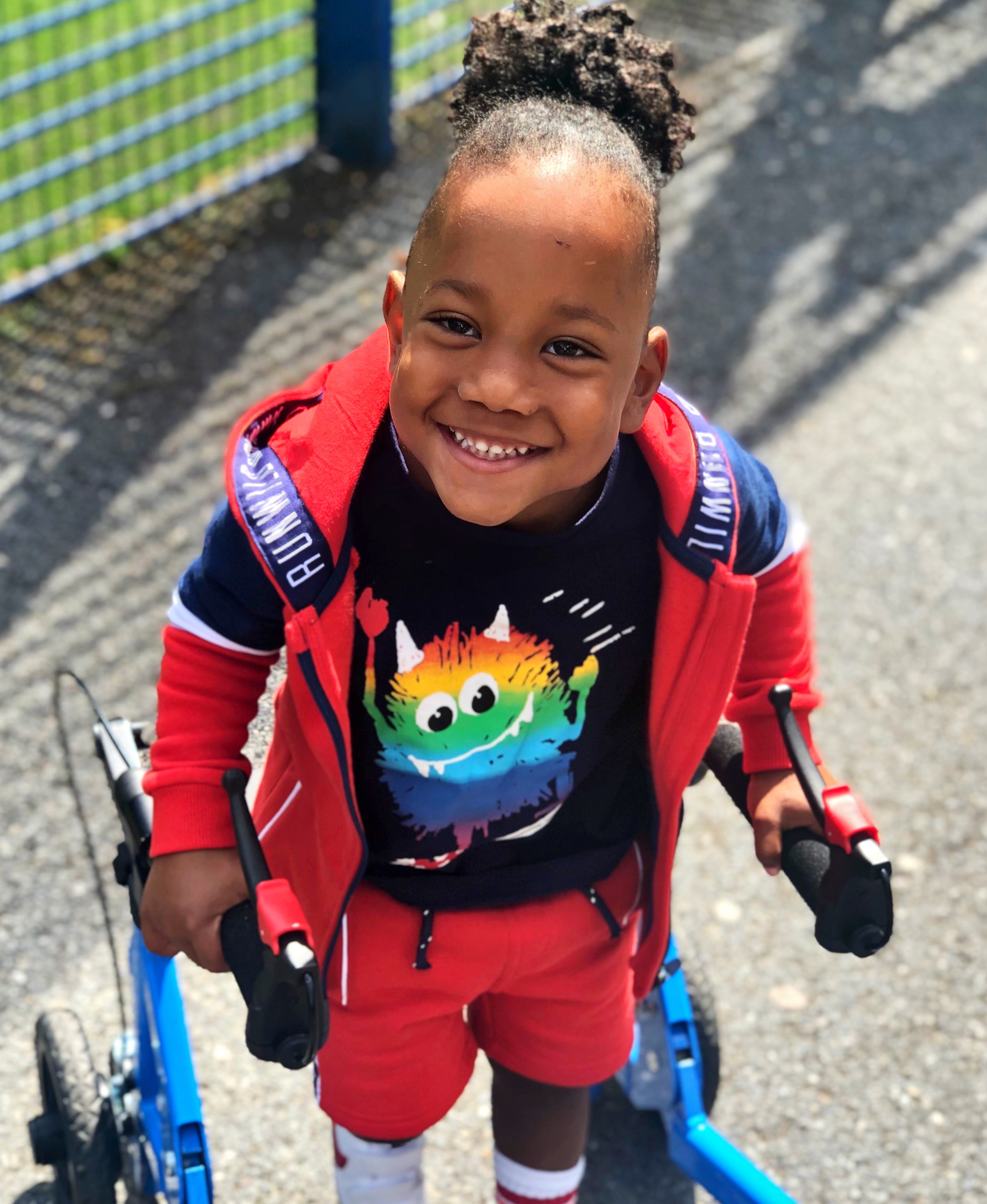 In November 2016 weighing just 2lb 2oz, Amell was born 15 weeks premature. He was immediately transferred to a hospital with a level three neonatal unit. This is a unit with the level of care for babies with the highest need for support usually born at 28 weeks or less. During the transfer, his health deteriorated which lead to Amell's brain bleeding.

At only 25 days old, Amell's brain bleed progressively worsened and he developed a build-up of fluid deep within his brain (hydrocephalus). There are four grades for the severity of a brain bleed. Ranging from grade one which can have little to no lasting effects, to grade four which can have severe long-term damage. We learnrd that Amell suffered a Grade 4 on the left side of his brain and a Grade 3 on the right.

At just 33 days old Amell had his first brain surgery to insert a Subgaleal shunt to help drain the fluid in his brain. This type of shunt is specific to small, premature babies who are too unstable to tolerate any other type of shunt. Amell had to endure four more brain surgeries in 6 months due to complications including an infected shunt, subsequently leading to a short stay in Great Ormand Street Hospital and another brain surgery for a VP shunt which he currently has now.

Amell was hospitalised for the first 125 days of his life. But, just like the meaning of his name he built the power and the strength to come home!

Amell came home on oxygen due to having underdeveloped lungs from being so premature and to our joy he finally came off oxygen on the 1th August 2017.

From an early age, the doctors had told us that it was probable he would have Cerebral Palsy, and this was confirmed when he was 18months old. We were told that he had Quadriplegia Hypertonia, meaning his movement and coordination of his whole body would likely be affected due to the severity of the brain bleeds he had suffered. Because of this, we were lucky enough to receive early intervention with a physiotherapist which started the day Amell came home.

Amell's developmental delays became apparent very early on as he was unable to hold his head up, struggled to drink from a bottle and he also had difficulty using the right side of his body. With continuous physiotherapy, speech and language, occupational therapy and his impeccable resilience, Amell was able to reach most milestones although delayed.

When Amell was ultimately diagnosed with Cerebral Palsy, we were told that he would probably need a wheelchair. However, this is no longer the case! Although, there is still a belief that he will need some sort of walking aid for the rest of his life.

Nevertheless, I believe with the extra support and equipment, he will be able to achieve further independence in his walking.

Amell continues to amaze his consultants, doctors, therapists, family, and his parents with all his many achievements, resilience, and power.

So please help us in raising the money for Just4Children to help Amell reach even more greatness!